This is post 5 of 31 for the Blaugust event. To check out more Blaugust posts and sign up to participate, visit the Blaugust Nook! 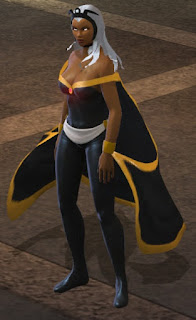 On almost every podcast I’ve listened to the past few months (that are general-gaming focused, anyway), folks have been talking about Marvel Heroes constantly. And from the general consensus of the blogosphere and castingsphere (what’s the equivalent for podcasting?) is that it’s a pretty nifty game.

So, since it’s free, I decided to give it a chance. I rolled in, and decided to play Storm for the first trial character. I’ve heard that you can try all of however many they have (like, all of the Heroes) for free up to level 10, but it doesn’t seem that way based on the information the game gave me. It looks like there’s only a select few to try up to ten to move on forward in the game.

I’ve always been a fan of the X-Men, so the characters that interest me the most are the X-Heroes (specifically the Ladies). Sadly, they seem to be lacking. I’d love for Kitty (Shadowcat, whatever) to be there, or hell, even Domino or Dazzler would be so much fun to play! You know you’re imagining it, even now.

So I played about an hour of the game, and so far it’s okay. It’s not bad, but the story isn’t particularly grabbing me yet. I’m going to try it to level ten and see if I’m interested enough in continuing. I kind of wish, though, that the graphics were more like the ones from the cutscenes. I honestly think I’d be more interested in the game if that were the case. Sort of like Borderlands or something! 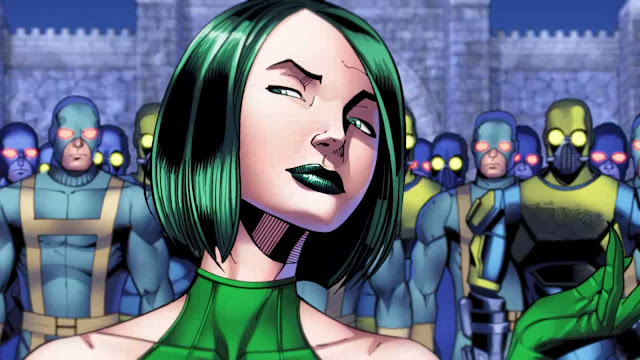 And I really do feel like a Marvel Villains game would be interesting and lead for more fun storylines. Because honestly, most of the Marvel Villains really aren’t that bad. I mean, yeah, there are some that are really really bad, but a bunch of them are just kinda Chaotic-based characters.

So, while I’m enjoying the game, there are things I’d enjoy more about it, though I wonder how much of it is currently character choice, and how much is story development.