This is post 8 of 31 for the Blaugust event. To check out more Blaugust posts and sign up to participate, visit the Blaugust Nook!

A few days ago, I mentioned that I downloaded and booted up Marvel Heroes for the first time. I wasn’t particularly sold on the game, at first. 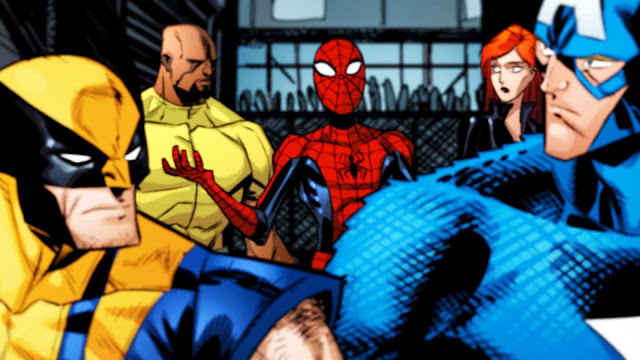 I’m a bit more sold, now. To the point of at least opening it up more. I think overall it’ll be a game where I pick it up here and there if I have limited playtime, or I need an off night where I can just de-stress and do my own thing.

What finally got me interested was fiddling around a bit with Storm’s powers. Once I figured out her lightning aura mechanic, I was smiling and giggling as I smashed things without even having to touch them. I’m still not particularly fond of her as a main character to play, per-se, but I did have fun. I got her up to level 9, which means I can utilize any of the other heroes to try very soon. Braxwolf mentioned that if you use the “t” key (so long as it’s not rebound) you can choose any of the other heroes to start with.

Someone asked me what the current starter heroes were, and quite honestly, I didn’t pay that much attention to it. I think Rocket Racoon was on there, and maybe Spiderman. I’m honestly surprised there’s not a list of starters. Though I suppose it doesn’t matter too much, as you can try all of them up to ten, anyway?

I wonder, though, if you can pick one of the non-starters as the first hero to play without spending splinters…