This is post 10 of 31 for the Blaugust event. To check out more Blaugust posts and sign up to participate, visit the Blaugust Nook! 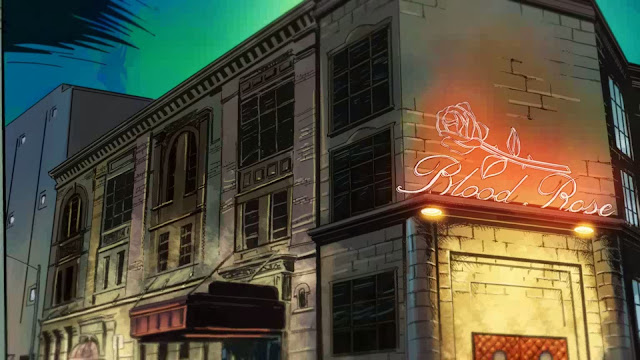 I’ve been dabbling some in Marvel Heroes, and Chaide and I have also been watching Netflix Daredevil. I was never a Daredevil fan, per se, but I’ve been enjoying the Netflix version.

This image is a club owned by King Pin. I don’t know if it’s cannon or not (I’m assuming not), but it’s a really neat looking club outside. I’ve never really gotten into many villains (except the X-Villains) because I’ve never felt that many were beyond the, “Here to destroy the city! Yeh heh heh!” stereotype. I like knowing the motivations behind the villains.

King Pin is definitely one of those villains who seemed kind of flat on paper (from what little I’ve read about him) that has come to life in the Netflix show. We just finished the episode that focuses on King Pin, and it was intense, but made King Pin feel like more of a character than someone we just kind of shrug about and hope that Daredevil takes care of. Based on that episode, I want King Pin and Matt to work something out. I want them to better Hell’s Kitchen together. To come to an agreement. And that’s pretty awesome storytelling.

Now, if only more comics worked to give supporting cast characters and villains more motivations and made them well-rounded characters. One can only hope, and try to find some that do.