While Saturday was chores and WildStar raiding, Sunday was a bit more laid back. There was more chores (of course), but we got in some solid gaming time, too. I also decided (as I put together a Yardcore video) that for me to continue enjoying to put out and enjoy putting out Yardcore Nexus, I’m going to have to scale them back to every-other week or so. And not get stressed if real life comes up and delays an episode a week. So, look for Episode 7 later today!
I also watched the STOS stream this weekend with Caydiem, but I’m saving thoughts on some of that information (and some other F2P information released last week) for tomorrow or Wednesday, after STOS puts out their YouTube version so I can link it.

We decided to hop into SWTOR while we waited for our friend Cam so we could play some Secret World. We headed over to where we would pick up some quests for Lord Grathan’s place. 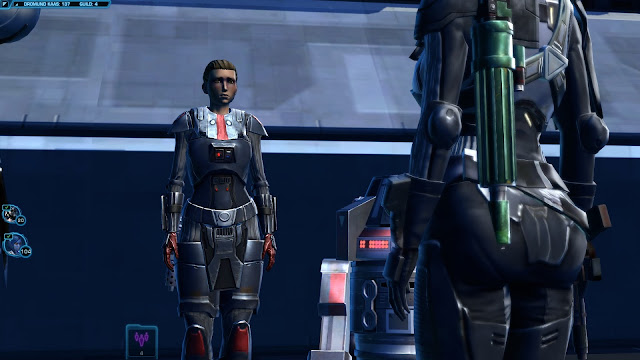 Even amongst the Empire, most folks think Grathan is kind of, well, crazy. Sarnova (aka Duchess) has been sending troops into Grathan’s Estate, but they haven’t reported back–they’ve gone missing. Doesn’t bode well for them. 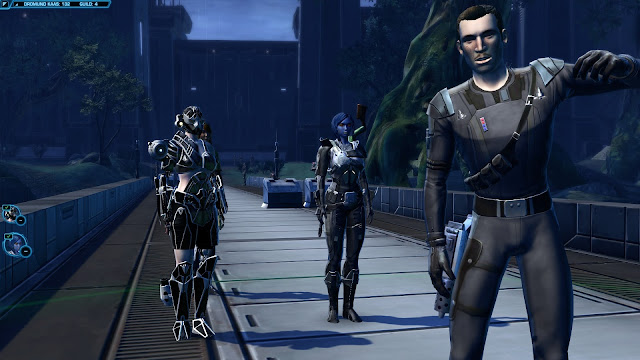 On the bridge headed over, we ran into Bryn, who was looking for some plans to some turrets. Being a dedicated Imperial Agent, I was more than willing to bring them to him. He also had the best quote, albeit somewhat foreboding, as mad scientists are never a good thing: “Grathan’s trouble, see. Big trouble. Mad scientist type. Likes weapons. Cyborgs. Droids. Ergonomic chairs.” 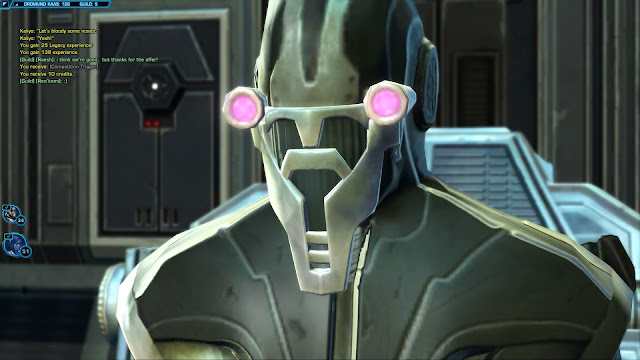 We made it into his Estate, killed some guards, and found that Duchess’ troops have been turned into… cyborgs? It was actually really quite creepy and reminded me a bunch of the Cybermen in Doctor Who. I even teared up a little bit. 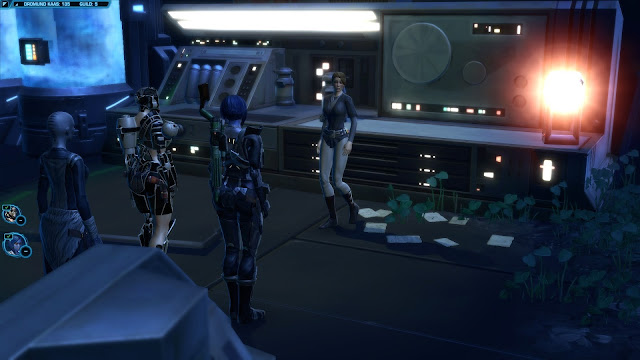 We also ran across Ismar, who is an indentured scientist and resentful of the position, who wants to steal plans in cybernetics that Grathan has been working on, and sell it to the highest bidder… providing us a 60% cut, of course. 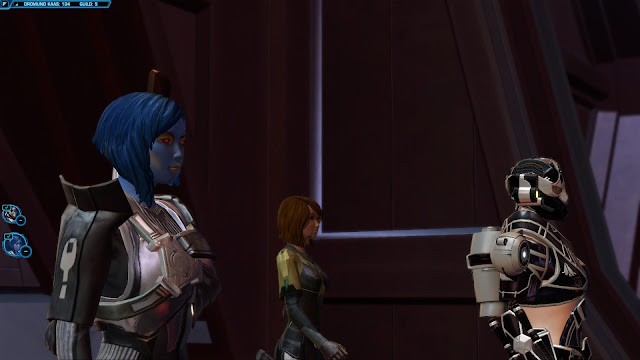 So we decided to venture into Grathan’s Estate and attempt to steal the Mask of Revan for the Revanite clan. We ended up summoning some lackies, but disposed of them with ease. 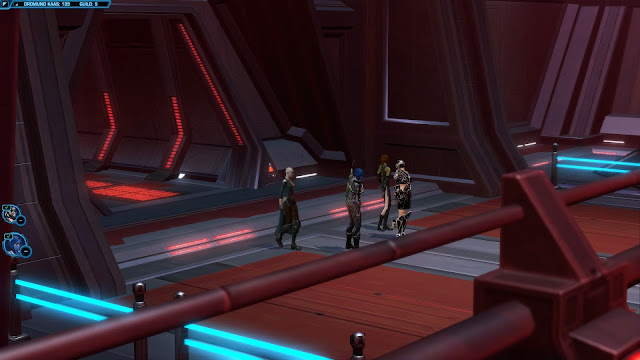 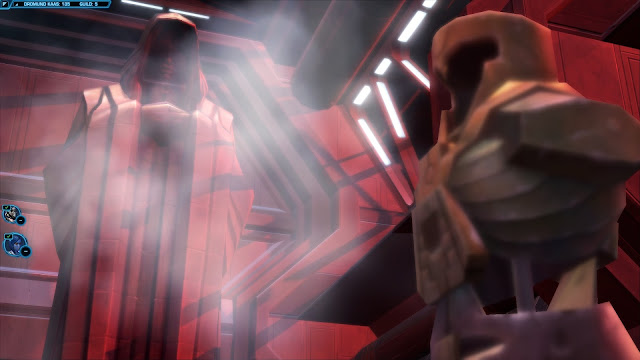 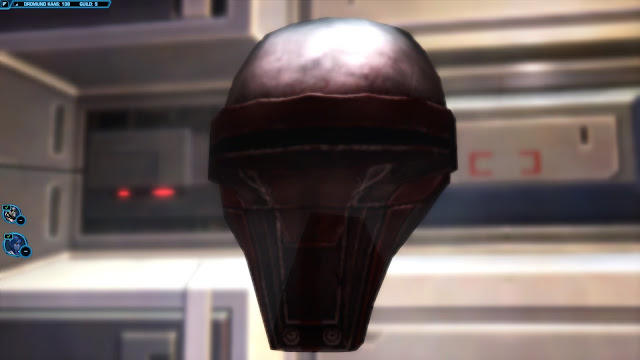 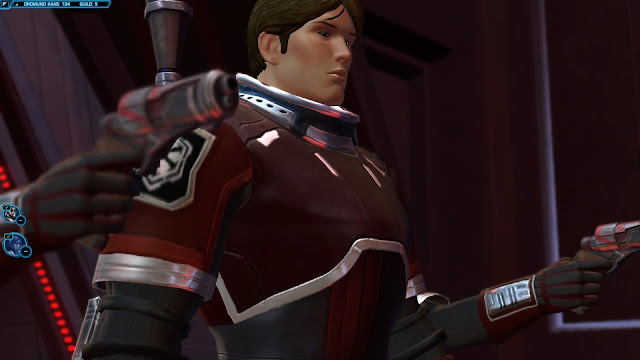 At this point, Cam was ready to play some Secret World, so we switched over to play. I’m excited to get past this point, because this is the last thing I remember from when we first played at release.

The Lighthouse and the Amusement Park 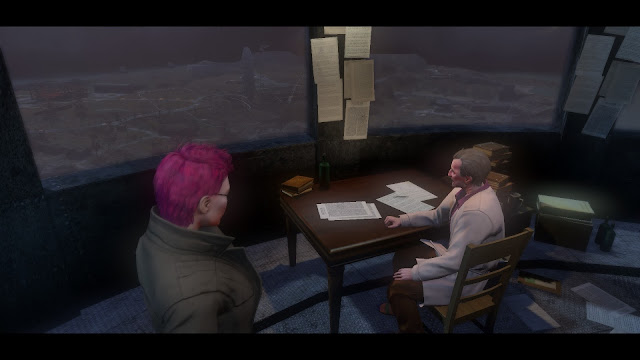 We spent a good chunk of time in Secret World starting and finishing the Lighthouse quests, and finishing up the Amusement Park quests. Again, this is about where we left off when we first played Secret World at launch. Actually, come to think of it, we did one or two quests over at Miskatonic University Innsmouth Academy.

I’ve been having issues with my screen shots as well, randomly. F11 wasn’t working, so I switched to PrtScrn. And now PrtScrn isn’t working, and switching back to F11 isn’t helping. Does OBS fiddle with this? I hope not. Anybody have any solutions?

Some days I really regret not taking advantage of the opportunity to have a Legacy account, or whatever it’s called. I’m enjoying Secret World much more than I am Star Wars. Though I have to wonder why, because the immersion and lore in both games are completely up my alley. Maybe after we get through all the content in SWTOR, I’ll switch my sub over to TSW instead. I’m really excited for the anniversary coming up in July, and I’m crossing my fingers I get a Scooby Bike! But, more on that in another post.