Saturday I hopped into WildStar for an officer meeting, and then a scheduled Rose Bowl event!

Not only did we do Rose Bowl, however, we started a World Boss Train. It was a lot of fun!

I even got to do R12 for the first time! I’d love to do both again!

We actually downed King Honeygrave!! He’s an extremely buggy boss (no pun intended) and can reset randomly sometimes. So it was awesome to get him down for the group. Unfortunately, I didn’t get credit for him (and I didn’t get credit for the other buggy boss over in Farside, either). So I’m hoping Carbine does some magic fixes on both so I can go back and snag them without glitches!

Saturday while I was out running chores, I also stopped at a Game Stop and picked up two more box copies of WildStar hoping our luck would win out. I got the hoverboard from my box, so I sent it over to Chaide as it was the last thing he needed. And he happened to get the Snarfelynx out of his box which is the last thing I needed. So now I have my fat farting cat! And a title! Hurrah!

Speaking of titles, I also finally redeemed my Anniversary gifts for my title, and toys, and Rowsdower! He’s all candy-fied! He is mine! And I shall call him my Squishy! 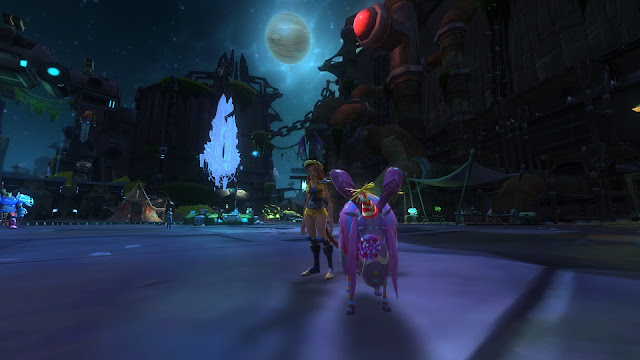 Saturday night we also hopped over to FFXIV for a bit. A good friend we gamed with in WildStar (whom we met in EVE and have kind of game-hopped with them until WildStar) has a FC over on Lamia. We had initially played there but left due to some complications with folks who have since moved servers. So I rolled up a new Magnolia Chestnut that’s going to try to main a Bard.

Honestly, I plan to play much more often over on Cactuar, but I do plan on every-so-often spending some time continuing to play with someone Chaide and I would consider family. And who knows, maybe I can get two different raiding environments. 😉 (I find it funny I look forward to raids in FFXIV but could care less about raids in all of the other MMOs I play…)

Sunday was some Star Wars. I did two flashpoints, put on gear that will last me through to level 50 (so long as I consistently change out my mods and such) and tried to fiddle with my spells. It’s a tad overwhelming the number of spells, so I’m looking for any help folks might have for a Marksman Imperial Agent!

I was also the guest over at Strange Tales from Outerspace (Episode 48) on Sunday! It was a lot of fun! If you missed the livecast, the podcast will be up sometime tomorrow, and I’ll be sure to link to it… so long as you don’t mind listening to my sailor’s mouth, haha. I vaguely recall someone in chat calling me “sassy” and I had a great chuckle about that. It kind of comes with the territory of being a Ginger. ;P

I’m also finishing up edits to the next Yardcore, and expect to post that baby sometime today. If you’re playing WildStar over on Entity, I’m looking for more volunteers (Exile or Dominion), so please hit me up and we’ll set a date and time to record!

4 thoughts on “The Weekend Report”